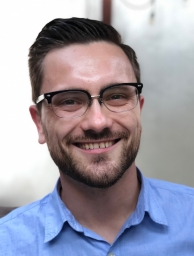 My name is Sean F. Cashbaugh. My pronouns are he/him/his.  I’m an interdisciplinary scholar with expertise in American literary and cultural history, cultures of American Leftist radicalism, political aesthetics, cinema studies, and twentieth century underground cultures. I am a postdoctoral lecturer in the Princeton Writing Program at Princeton University. I completed my doctorate in American Studies in the Department of American Studies at the University of Texas at Austin, where I also received certification in the graduate portfolio program in cultural studies at the Américo Paredes Center for Cultural Studies.  I am currently revising my manuscript, tentatively titled A Story of Suckcess: The Emergence of Underground Culture. It explores the emergence of the idea of “the underground” as a cultural concept in postwar America. My writing has appeared in the Journal for the Study of Radicalism, Quarterly Horse: A Journal of Brief American Studies, Syllabus, H-Net Commons, In Media Res, The End of Austin, WorkingUSA: The Journal of Labor and Society, and Science & Society: A Journal of Marxist Thought and Analysis. I’ve taught courses about writing and rhetoric, science fiction, American Marxism, and dissent in American culture.

I was born in Seoul, South Korea and spent most of my life moving around the Middle East and the United States. After seven years in Austin, I now live in New York City with my family. I teach writing in the Princeton Writing Program at Princeton University. Outside of my research, I enjoy hiking and landscape photography. Also, I’m a Star Trek devotee:  Deep Space 9 is the best series, without a doubt.

Hello! My name is Sean. I’m an interdisciplinary scholar. I completed my PhD in American Studies with a doctoral portfolio in Cultural Studies at the University of Texas at Austin in Spring 2016. My research and teaching interests include American social and cultural history, American literature, cultures of radicalism, political aesthetics,  science fiction, and underground culture. All views expressed here are my own.